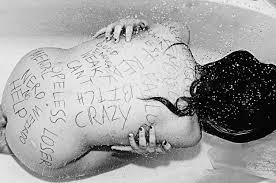 As a collection agency with offices in Edmonton, Calgary and the GTA we recognize that the vast majority of consumers we inevitably end up dealing with are good people, with good intentions that have now simply arrived at the tipping point of having to either try to continue to rob Peter to pay Paul or, in the alternative, to make some hard choices in monthly budgeting in order to honour their outstanding financial obligations.

To complicate our role further a new study finds that people with mental health issues are more likely to be trapped with insurmountable debts than those without such conditions, a new study out of the UK suggests.

The institute is expected to present a Consumer White Paper to the government in the United Kingdom and lobby Members of Parliament to make sure people with mental health disorders get more protection from debt collection agencies.
The institute analyzed data from the Adult Psychiatric Morbidity Survey, which had responses from 7,500 people in England. The analysis showed:
• 1.5 million people in England are currently struggling with both problem debt and mental health problems at the same time.

• 46% of all people in problem debt are also experiencing a mental health problem.

“When you’re struggling with your mental health it can be much harder to stay in work or manage your spending, while being in debt can cause huge stress and anxiety — so the two issues feed off each other, creating a vicious cycle which can destroy lives. Yet despite how connected these problems are, financial services rarely think about our mental health, and mental health services rarely consider what’s happening with our money.”

The government has an opportunity to use this upcoming Consumer White Paper to introduce minimum standards that people with mental health problems can expect across essential services like energy and banking, to ensure that they get a fair deal. That should include help to avoid problem debt, and better protection from aggressive debt collection practices when it does happen.”

“And ensuring that money advice is routinely offered to people using mental health services would increase recovery rates, as well as improving the financial wellbeing of the 1.5 million people currently dealing with this terrifying combination of problems.”

Earlier this year, Britain’s household debt reached a new record high. According to Trades Union Congress, UK households now owe an average of $20,358 to credit card companies, financial institutions, and other lenders. In 2017, academic Johnna Montgomerie called it “one of the biggest problems facing the United Kingdom’s economy and society.”  While the new study suggests about 2.27% of UK consumers have crippling debts due to mental health issues, that number could be much higher consider household debt has recently hit a new high.