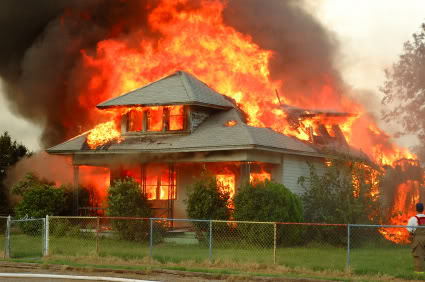 This article originally appeared on https://betterdwelling.com/ .  Due to its frightening nature we thought it would be best to re-post it in its entirety.

Canadians love mortgage debt, and most households consider it low risk. However, they might love it a little too much. Mortgage debt has seen astronomical growth over the past couple of decades. This is often attributed to large economic growth, however the mortgage debt to GDP ratio shows that might be a fib. Canadian mortgage debt has been growing at nearly twice the pace of GDP, and now has grown to over 80% of the size.

Why Is This Number Important?

Debt is future income used today. As debt loads get higher, more future spending is pulled forward. The higher these debt loads get, the more future growth is being used. Lower interest rates may have spurred this borrowing binge, by lowering service costs. However, as people get used to low rates (or depend on them), the stimulus effect is gone. Eventually, you’re just left with households increasingly vulnerable to shock.

GDP is the aggregate of spending and income of businesses and households. When we compare the two, we can see how much a country has been depending on debt driven growth. Economists generally believe a higher ratio means greater vulnerability to shock. At best, higher ratios tend to mean much slower growth, as heavily indebted households can no longer borrow to stimulate the economy. This typically results in a period of prolonged economic stagnation.

Canadian Mortgage Debt To GDP Is Now Over 84%

The ratio of mortgage debt to GPD reached an astronomical level in the most recent quarter. The size of mortgage debt is now equivalent to 84.28% of GDP in Q2 2020, up from 69.13% last year. Ten years ago, this number was just 59.02% of GDP. That means during that period, mortgage debt grew over 40% faster than GDP. Part of the recent spike has to do with the recession, but not all of it. 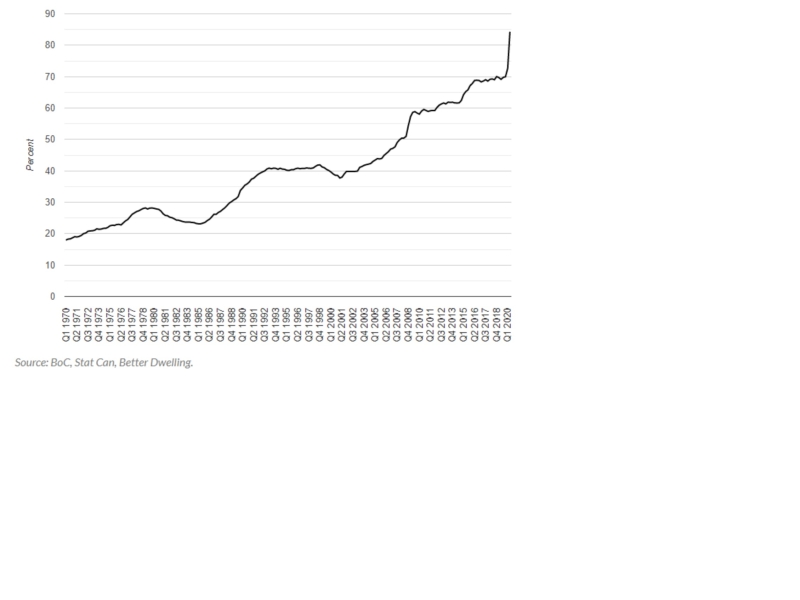 Even if we dismiss the recent bump in ratio as temporary due to the pandemic’s impact, we still see astronomical growth. Before the pandemic in Q1 2020, mortgage debt had reached 72.64% of GDP. Considering this ratio was just 39.62% in 2000, that’s a huge increase. Especially if the economy doesn’t just bounce back to pre-pandemic levels of activity soon.

Mortgage debt in Canada is growing much faster than the country’s economy. Over the past 20 years, it’s grown at double the pace of GDP. This indicates a huge dependence on debt-driven growth, which has never historically ended well.