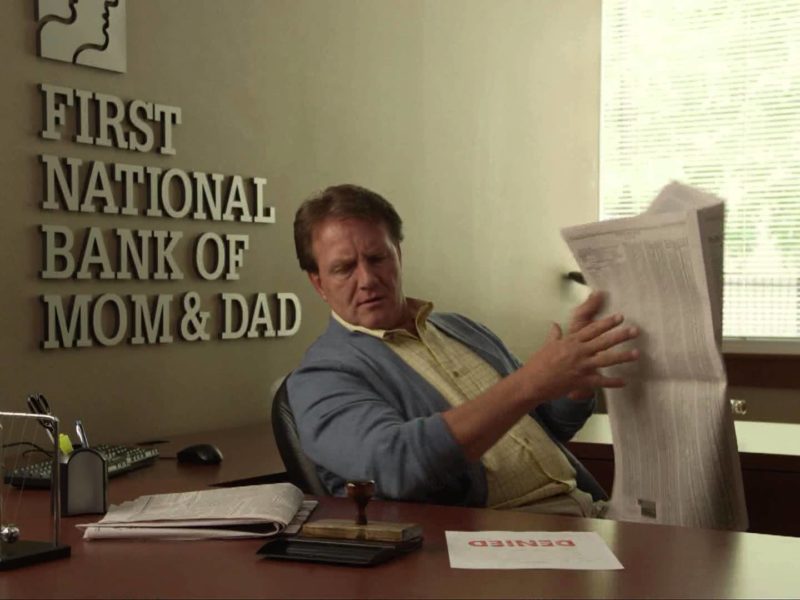 As a collection agency with offices in Edmonton, Calgary and the GTA we have noticed a bit of a rising trend over the last few years of debtors between the ages of 21 and 39 with the financial fingerprints of the bank of mom and dad on their balance sheets somewhere along the way, while still eventually finding themselves in collections for something owed to a more traditional credit grantor.

Teranet, Canada’s largest land registry operator, has recently and more eloquently identified that the bank of mom and dad may well indeed be undergoing an aggressive expansion by conducting an analytical analysis on home ownership in Ontario. Teranet’s analysis can be considered of far greater value than our own purely anecdotal conclusions. Furthermore, from what we see we wouldn’t expect this trend analytically to be all that much different in other regions on Canada.

Here’s the meat of their analysis

First-time buyers scoring a place on their own is on the slide. The rising segment appears to be buying a house with a second owner at least 20 years older than the primary purchaser. Teranet believes this may confirm what we may already know – more people need help from mom and dad.

Condo apartments, with at least one other owner 20 years or older than the primary purchaser, jumped from 9% in 2012 to 14.4% by 2018. Total homeownership (all housing types) saw a similar trend, rising from 9.6% to 14.5% over the same period. That’s one in seven! That’s like what, two on every city block! This rise of intergenerational wealth to secure home ownership is an issue definitely worth watching.

What to consider as truly relevant

First-time homeowners are becoming increasingly dependent on intergenerational wealth. Some might argue this isn’t an issue if parents want to help, but they’re overlooking a bigger potential problem.

If parental help becomes the norm, a single asset class becomes heavily concentrated. Instead of mom & dad diversifying into other asset classes outside of Canadian real estate such as; equities, bonds, precious metals, foreign currencies, heck even the fun and frivolity of regular gambling junkets to Vegas with the added perk of free seniors breakfast, this phenomenon already makes highly leveraged Canadian households even more vulnerable to long-term consequences in the event of a domestic real estate downturn.

Any of those out there that are of the mindset that real estate only goes one way; up, even over the long run, can disregard the above while the rest of await that fateful day that the sucking sound of household wealth disappearing from personal balance sheets rises in decibel levels not heard since the great deflation of the 1930’s.