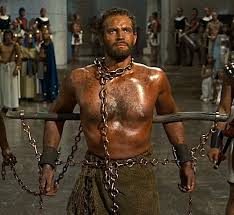 Debt holders have enjoyed highly favourable interest rates for well over a decade, after the 2008 economic recession sent borrowing costs to record lows. But economic lockdowns aimed at curbing the spread of the coronavirus have sent unemployment rates soaring, putting renewed focus on high household indebtedness in Canada, even as rates remain low.

The CMHC expects that roughly 20 per cent of households could request deferrals on their mortgages during the pandemic, up from the current 12 per cent. The agency also estimates that roughly the same number of households, 20 per cent, could be in arrears if the economy does not substantially improve.

At the same time, Canadians have for years continued to heap on increasingly amounts of mortgage and credit card debt — a circumstance that economists and international organizations, including the International Monetary Fund, have repeatedly warned could put the Canadian economy at risk.

The pandemic could push that figure as high as 130 per cent by the third quarter of this year, according to CMHC projections. By comparison, household debt as a percentage of GDP was 75 per cent in the U.S. before the pandemic, and 61 per cent in France.

Currently the average Canadian family spends about 15 cents on every dollar of earnings on servicing debt with roughly half of it going toward interest payments alone.